A treasure of the revolution...or of ruin? 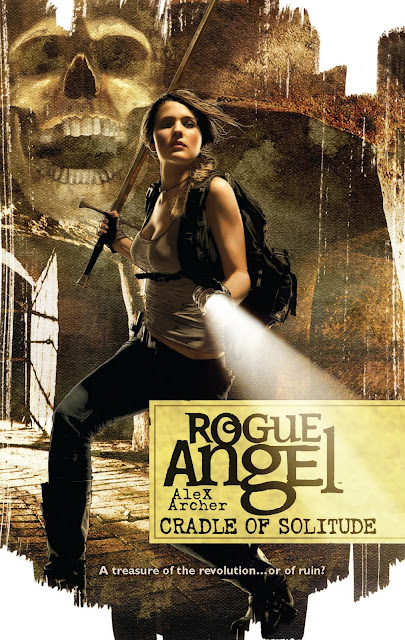 “Do you have any idea why the thieves would be interested only in
our Confederate friend’s remains?”
Annja frowned. “That’s all they took?”
“They were only interested in the skeleton and the documentation pertaining to it that you and
Professor Reinhardt assembled. Nothing else was touched, including items of considerable value that were in plain view in Dr. Reinhardt’s office.”
That put an entirely different spin on things. Breaking and entering to steal museum pieces worth millions was one thing; doing so just to make off with the recently recovered remains of a Confederate captain no one even knew existed was another.
Her thoughts turned immediately to the shadowed figure she’d encountered in the catacombs the night before.
There was more going on here than she’d realized.
Available November 2011 wherever books are sold!
at 2:54 PM

So it's been eight months since this entry was posted. I guess I can conclude from the radio silence since then that the blog is dead? Too bad, as I did check it regularly.

I just read through the entire article of yours and it was quite good. This is a great article thanks for sharing this informative information
Coin Collecting